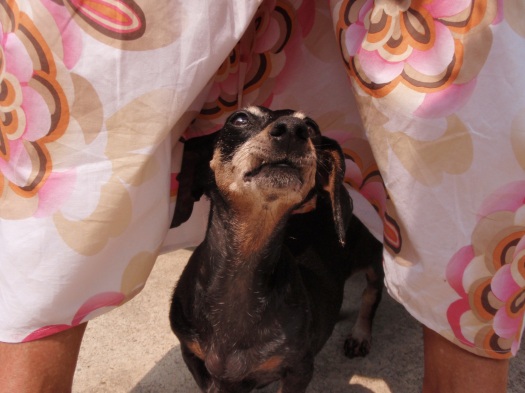 This will be useful. Currently we repeat rectal exams and PSA’s in a serial fashion and repeat a biopsy if there is a change in these two parameters. If this gets approval we would add a urine specimen after prostate massage to the follow-up process. More steps to the screening process and more money…Mr. Albin and the public health folks at the American Cancer Society must really be getting mad now.  jm

Gen-Probe’s (Nasdaq: GPRO) PROGENSA® PCA3 assay can help determine whether men suspected of having prostate cancer should undergo a repeat biopsy, according to data from the two largest studies to date of the molecular urine test. The studies were presented last week at the American Society of Clinical Oncology’s (ASCO) Genitourinary (GU) Cancers Symposium in San Francisco.

In the studies presented at the ASCO GU meeting, PCA3 was used to test urine samples from men enrolled in the REDUCE trial of GlaxoSmithKline’s drug dutasteride. PCA3 testing was done on urine samples from 1,140 men in the placebo arm of the REDUCE trial, and from 1,308 men in the dutasteride arm. All men underwent prostate biopsies two and four years after enrollment.

The second PCA3 study presented at the ASCO GU meeting originated from the dutasteride arm of the REDUCE trial. This study, which was selected for oral presentation at the meeting, showed that PCA3 also can be used to predict prostate biopsy outcomes in men taking dutasteride. In contrast to serum PSA testing, median PCA3 scores were equivalent in the placebo and dutasteride groups, and PCA3 sensitivity and specificity were also similar between the two groups.

About Prostate Cancer and PCA3

According to the European Prostate Cancer Coalition, prostate cancer is one of the most common men’s cancers in Europe. More than 300,000 new cases of prostate cancer are diagnosed annually in the European Union, and more than two million Europeans are living with the disease.

PCA3 is a gene that is highly over-expressed in more than 90% of prostate cancers, and that can be quantified in urine specimens following a digital rectal examination. Studies have shown that because PCA3 is highly specific for prostate cancer, it predicts the results of repeat biopsies more accurately than traditional prostate-specific antigen (PSA) testing.

Gen-Probe’s PROGENSA® PCA3 assay, which has been CE-marked for sale in the European Union, is the first urine-based molecular diagnostic assay for prostate cancer. In August of 2009, Gen-Probe initiated a clinical trial intended to secure U.S. regulatory approval of the assay for use on its semi-automated instrument system. The Company remains on track to file a Premarket Approval Application later this year.

Data from approximately 30 peer-reviewed publications suggest that the PROGENSA PCA3 assay, when used with other patient information, may help address some of the well-known challenges urologists face when identifying prostate cancer, such as minimizing unnecessary biopsies.

Gen-Probe Incorporated is a global leader in the development, manufacture and marketing of rapid, accurate and cost-effective molecular diagnostic products and services that are used primarily to diagnose human diseases, screen donated human blood, and ensure transplant compatibility. Gen-Probe has approximately 27 years of NAT expertise, and received the 2004 National Medal of Technology, America’s highest honor for technological innovation, for developing NAT assays for blood screening. Gen-Probe is headquartered in San Diego and employs approximately 1,300 people.

Any statements in this press release about Gen-Probe’s expectations, beliefs, plans, objectives, assumptions or future events or performance are not historical facts and are forward-looking statements. These statements are often, but not always, made through the use of words or phrases such as believe, will, expect, anticipate, estimate, intend, plan and would. For example, statements concerning new products, potential regulatory approvals, customer adoption, and results of future clinical studies are all forward-looking statements. Forward-looking statements are not guarantees of performance. They involve known and unknown risks, uncertainties and assumptions that may cause actual results, levels of activity, performance or achievements to differ materially from those expressed or implied. Some of the risks, uncertainties and assumptions that could cause actual results to differ materially from estimates or projections contained in the forward-looking statements include but are not limited to: (i) the risk that results from the US clinical trial of our PCA3 test will not be favorable; (ii) the risk that our PCA3 test will not be approved by FDA for marketing in the US in the timeframes we expect, if at all; (iii) the possibility that the market for the sale of our PCA3 product may not develop as expected; (iv) the risk that we may not be able to compete effectively with other tests for prostate cancer; (v) the risk that we may not be able to maintain our current exclusive license concerning PCA3; and (vi) the risk that our third party distributors may not distribute our products effectively. The foregoing describes some, but not all, of the factors that could affect our ability to achieve results described in any forward-looking statements. For additional information about risks and uncertainties Gen-Probe faces and a discussion of the Company’s financial statements and footnotes, see documents filed with the SEC, including the most recent annual report on Form 10-K and all subsequent periodic reports. We assume no obligation and expressly disclaim any duty to update any forward-looking statement to reflect events or circumstances after the date of this news release or to reflect the occurrence of subsequent events.