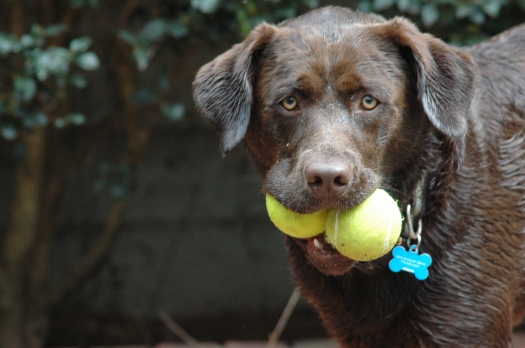 I must be missing something. First you have the guy that discovered PSA saying it has done more harm than good on the very website that he tells us his father died of prostate cancer and presented too late for treatment and then died a year later.

Then I find out about a delightful and well-intentioned  gentleman, Mr. Tom Feeney, who has been described as an advocate of watchful waiting and that his website is a classic resource for the same. Mr. Feeney would have benefited from having been screened and PSA’s  just as Richard Ablin’s father would have been. And yet the irony of both somehow goes missing on what they have on their sites. Mr. Feeney first learned of his disease at stage C, that means that on rectal exam the lateral margins of his prostate were obscured and that the cancer had extended beyond the prostate locally. He did live many years “with the disease” but no one would argue that he’d been better off to have been diagnosed much earlier, which would have been possible if he’d had rectal exams and PSA’s at a younger age. Watchful waiting refers to low risk disease and and influenced by life expectancy, criteria that Mr. Feeney did not meet. (His website is included in my informative links because I feel his perspective is one people doing their research on prostate cancer should see and consider – Prostate pointers.)

Then Mr. Lorenzo Q Squarf, I love his name ( see the previous post). He has an elevated PSA but no diagnosis. He, in his mind, is a retro proactive prostate intellectual in that he has not allowed a biopsy to be performed. He doesn’t know that he doesn’t know that watchful waiting or surveillance means that you know you have cancer( having had a biopsy and a positive diagnosis of prostate cancer) but because of your age or specifics of the biopsy have chosen to actively watch the cancer. The irony in regards to Mr. Squarf is that he develops back pain and is concerned he may have metastatic spread of prostate cancer (which has not been diagnosed) to his back. Without a diagnosis mind you, he has this checked out and is relieved to find it is not cancer. (That prostate cancer has not spread does not mean you don’t have it, making the previous letter by him all the more interesting.) Does the cart before the horse come to mind? He thinks he is being very smart,  he has a mistrust of the medical community, and describes his urologist as the Dr. of Doom. The perfect storm: clever by half, a little knowledge, and going it alone with his stack of internet research.

So what is the genealogy, or how are  the above  referenced related, so to speak? This is what I have gleamed. I feel that there is a population of prostate patients  spattered about the internet who are suspicious of their doctors and the medical community at large. I see comments in which some feel that it is only about money being behind a treatment recommendation. I see where a patient learns of one aspect of prostate cancer and then applies it across the board in an inappropriate clinical fashion oblivious to the particulars of his own disease. Again my mother’s admonitions of my having, “a little knowledge is a dangerous thing” comes to mind.

As I say in my book the smartest patient is that patient who has a good doctor he can trust. If you don’t have that, search for another until you do. You then sap that doctor for all the knowledge you can and then put your research with it to make an informed medical decision peculiar you. There is no reason to “go it alone,”  or to rely too heavily on one resource,perspective, or person.

In ” The Decision” I make a tangential analogy to a used car salesman and the customer coming into the dealership armed with his papers off the internet to “negotiate” the purchase of a car. I think it fits quite nicely here.

From the “The Decision” –

I have a brother who once sold used cars. It was always humorous to him how customers would come in with cost comparisons that had been obtained from either another dealership or the internet. The customer, in my brother’s view, almost always had a false sense of security about their knowledge of the worth of their used car or their ability to negotiate. My brother related to me an adage well known in the car business that relates not only to a used car customer but also to a “little knowledge” type of patient. My brother would pose this question to me: “John, if you’re betting between a salesman who does what he does for a living 365 days a year and Joe Blow, the customer, who buys a car once every five years, who do you think will win?” The tangential analogy here is that it is foolhardy to do research on your own and make your mind up without filtering your research through the prism of a specialist who deals with this disease on a daily basis. Many patients rightfully ask, “You do this all the time, what would you advise?” It is surprising, however, how often it occurs that after a patient is informed of the diagnosis, he does some research or is impressed with a brochure that he got in the mail and doesn’t come back to the urologist for further consultation. In this type of patient, two factors are in play. They have wrongly assumed that they already understand all the nuances of the disease and the treatments, and they feel that the urologic surgeon is going to recommend surgery. This patient’s thinking is that because the urologist is a “if all you have is a hammer, the whole world is a nail” type of person, there is no reason to go back. Because the urologist is the one that does the biopsy, it will be the urologist that tells you that you have cancer and in turn becomes the gateway to the decision-making process. To assume that the urologist will guide you exclusively to surgery in most cases is in error. The reason I can tell you this with confidence is that the potential for life-altering changes in your erectile function and voiding pattern is real. Most urologists want the decision to be made by the patient and his family, and for the right reason, because if a complication does occur, there is no second-guessing about the surgery having been coerced. (If a patient has a problem with surgery, he blames the surgeon, but if he has a problem with radiation, he blames the radiation. That’s a big difference.) I will usually give the patient the results of the biopsy and an overview of the treatment options with some informative literature on one visit, and after a week or so, further discuss options on another visit. I will work through the “who are you” with them and family members, and together we gravitate to a decision based on all of the factors. Neither I, nor most urologists, want to do surgery on a patient who is uncertain which treatment is best for him. In this scenario, we give the patient more time and often suggest a second opinion with a radiation therapist. I have had patients tell me immediately after I informed them of the positive biopsy, “I can tell you this; I ain’t gonna let you cut on me.” There is not a lot you can do for a patient like this, and there is no reason to labor over trying to change his mind. His feelings reflect a preconceived notion that the doctor does not have the best interest of the patient in mind. If you have underlying suspicions or mistrust regarding your doctor, you should get another doctor. Also, it is rarely a bad idea to get a second opinion, and my advice is to get it with a radiation therapist, not another urologist. You already have the surgeon’s perspective; I don’t think much will be gleaned from another urologist. Do your research, and then filter what you have learned through your doctors to arrive at a decision that is best for you. Don’t be a one-issue patient if you can help it.

5 Replies to “Prostate cancer, the genealogy of “a little knowledge” and the used car salesman”